U.S. stocks fell on Wednesday as caution set in ahead of the Federal Reserve’s regular policy statement, while strong results from Apple kept losses in check.

Expectations the U.S. central bank will sound more hawkish on policy tightening kept investors wary of big market moves, especially after currency markets were roiled this week by the dollar’s surge to 3-1/2-month highs against a basket of currencies.

Despite U.S. companies being on track to post their strongest quarterly profit growth in seven years, worries about inflation and rising raw material costs have weighed on investors’ minds.

Cleaning products maker Clorox was the latest firm to warn its gross margins were affected by higher commodity and logistics costs.

Apple was a bright spot, rising 4 percent after it posted resilient iPhone sales in the face of waning global demand and promised $100 billion in additional stock buybacks.

Its suppliers Cirrus Logic, Lumentum Holdings and Skyworks Solutions were all up between 2.5 percent and 10 percent.

The gains kept the S&P technology index .SPLRCT in the positive territory, up 0.41 percent. 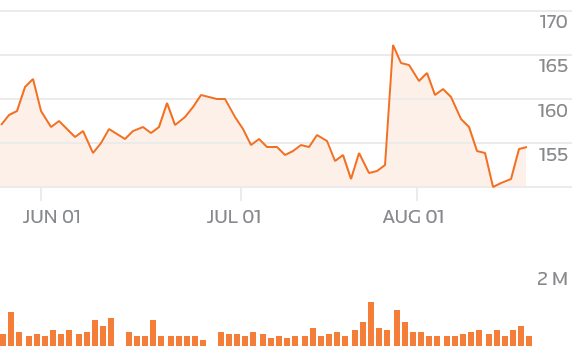 “Our colleagues expect the Committee to upgrade the inflation language to note that inflation has risen and is near their 2 percent objective,” Deutsche Bank strategist Jim Reid wrote in a note to clients.

“They could also note that market-based measures of inflation compensation have risen further in recent months.” Traders have priced in a 94.3 percent chance that the Fed will raise rates a quarter percentage point in June, according to the CME Group’s Fedwatch tool.

Data showed U.S. private payrolls rose 204,000 in April, beating expectations by 4,000, but notched their smallest increase since November. The data comes ahead of the more comprehensive U.S. non-farm payrolls report on Friday. Among decliners was Snap, whose shares plunged more than 21.4 percent after the Snapchat owner fell short of Wall Street forecasts for revenue and regular users.