Russian stock indexes, the ruble and shares in several major Russian companies fell sharply on Monday as investors took fright after a new round of U.S. sanctions against Moscow.

The new sanctions, published on Friday, target President Vladimir Putin’s inner circle in one of Washington’s most aggressive responses to alleged Russian meddling in the 2016 U.S. election so far.

The ruble fell to a low of 59.82 against the dollar, its weakest level since November last year. The dollar-denominated RTS index was down more than 11 percent, and the ruble-based MOEX Russian index fell by more than 9 percent, their lowest levels since September and November respectively.

Shares in Russia’s United Company Rusal Plc, a leading global aluminum producer and one of the sanctioned firms, fell by 50 percent to their lowest level since June 2016.

Rusal said in a statement on Friday that the sanctions could trigger technical defaults on some of its debts. On Monday, its dollar-denominated bonds fell hard on default fears, while its Moscow-listed shares tumbled 17 percent.

The sanctions mean Russian companies face losing access to the U.S. market, which for Rusal constituted around 14 percent of its revenue last year, according to analysts at Promsvyazbank.

Russian firms could also run into trouble in other markets as investment partners pull out to reduce risky exposure.

Swiss engineering company Sulzer decided to buy back five million of its own shares from majority shareholder Renova Group after an emergency board meeting on Sunday. Viktor Vekselberg, Renova’s Russian chairman, was included on the sanctions list on Friday.

Though Russian gas giant Gazprom was not sanctioned, Alexei Miller, its chief executive, was included on the U.S. list. That could create complicated legal dilemmas for Gazprom’s many foreign partner companies.

Most are under EU jurisdiction, but they will not want to fall foul of U.S. legislation either. 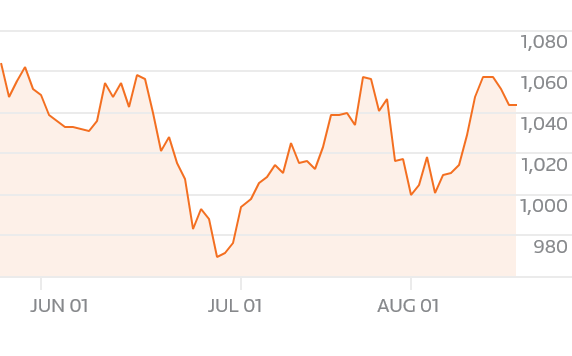 The Russian Foreign Ministry said on Friday it would respond to what it called “a new anti-Russian attack” harshly. Foreign Ministry Spokeswoman Maria Zakharova said on Sunday the ministry had a list of potential responses which were being worked on.

Russia may find it difficult to respond in kind by imposing sanctions on U.S. businesses however since few of them have significant Russian exposure.

Russian companies not under sanctions are also taking a hit. Steel miner Evraz was the biggest faller on the FTSE 100 on Monday, down 8 percent, while gold producer Polyus saw its 2023 dollar bond issue plumbing a record low.

The cost of insuring exposure to Russian debt also rose on Monday to its highest since mid-December, IHS Markit data showed.