Morgan Stanley reported a 40 percent jump in quarterly profit on Wednesday, as its trading business got a boost from increased market volatility.

The bank’s net income applicable to common shareholders rose to $2.58 billion in the first quarter ended March 31 from $1.84 billion a year earlier.

Analysts on average were expecting a profit of $1.25 per share, according to Thomson Reuters I/B/E/S. It was not immediately clear if the numbers were comparable.
Shares of the sixth-largest U.S. bank rose 2.57 percent to $53.24 in pre-market trading.

After a subdued 2017, volatility has returned to the markets, roiling stocks, bonds, currencies and commodities on fears of a trade war between the United States and China as well as concerns about inflation.

This has led to big revenue gains at banks with sizable trading operations such as Morgan Stanley and Goldman Sachs. 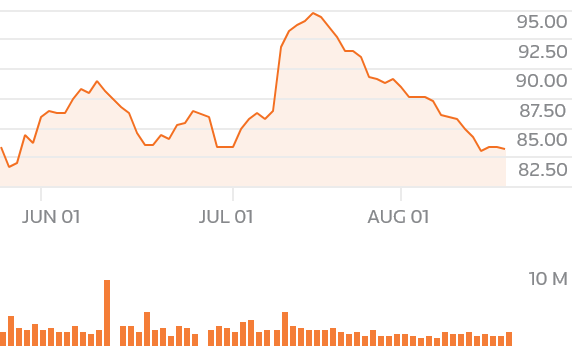 “Each of our businesses performed well, with significant client engagement across our global franchise, and Sales and Trading a particular highlight in a more active environment,” Chief Executive Officer James Gorman said in a statement.