Well-received results from Spanish banks and a recovery among tech stocks buoyed European shares in early trading on Friday, setting them up for their fifth week of gains in a row.

The pan-European STOXX 600 index was up 0.2 percent and on track for its longest winning streak in terms of weekly gains since last September, while Germany’s DAX rose 0.8 percent. Britain’s FTSE 100 climbed 0.2 percent.

This week banks have been a key focus, with results from Spain’s BBVA and Caixabank sending their shares 2 percent and 0.1 percent higher. Both lenders beat profit forecasts thanks to strength in their overseas markets.

However, Britain’s RBS was a laggard, reversing early gains to trade 0.5 percent lower after its first-quarter update. 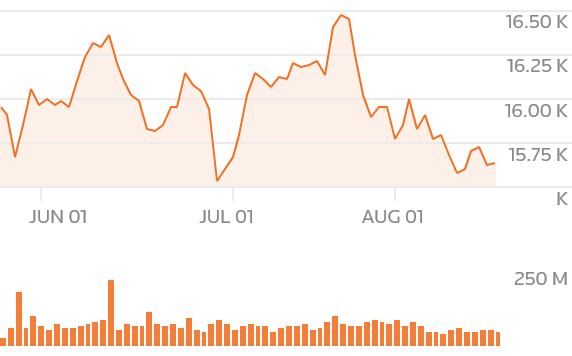 RBS was the biggest faller on the European banking index, which rose 0.1 percent.

Satellite firm SES was the biggest gainer, up nearly 13 percent after beating first-quarter expectations on the back of strong growth in its networks division.

However, Electrolux fell the most on the STOXX, its shares down 9.8 percent after reporting a surprise drop in first-quarter core operating profit and warning on raw material costs.

So far around a quarter of companies in the MSCI EMU index have given first quarter updates, while nearly 60 percent have either beat or met analyst expectations, according to Thomson Reuters I/B/E/S data. Earnings growth is clocking in at over 15 percent for the quarter, in dollar terms.