U.S. stocks advanced on Monday as signs that the United States and China were willing to negotiate on tariffs eased concerns about a trade war between the two countries.

Technology stocks led gains on the major indexes, powered by Microsoft’s 5.8 percent jump following Morgan Stanley’s price target increase on the stock. The brokerage said the company could hit $1 trillion in market value with growing public adoption of the cloud and improving margins.

However, Facebook continued to be a laggard, falling 2.4 percent, after the U.S. Federal Trade Commission disclosed an investigation into the social network, which has come under fire for data privacy issues.

“They’ll have to explain to users what they’re going to do and that may stop the bleeding,” said Kim Forrest, senior equity research analyst at Fort Pitt Capital Group in Pittsburgh.

“But in the short term, everyone realizes that it’s a self-feeding loop as more people leave, so are more advertisers.” 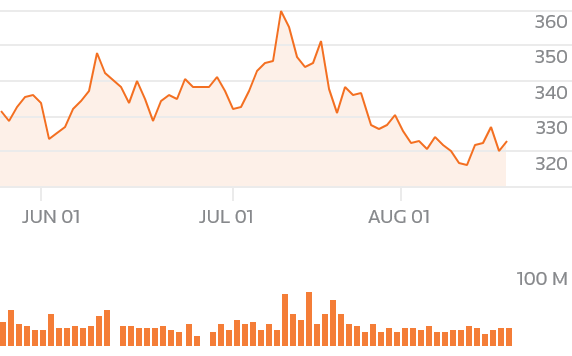 Helping a rebound was a Wall Street Journal report that said the United States had asked China to slash tariffs on U.S. autos and give U.S. firms greater access to the Chinese financial sector.

Premier Li Keqiang said both the countries should maintain negotiations and he reiterated pledges to ease access for American businesses.

“There are some tentative signs that fears of an escalation of trade tensions are beginning to ease,” Craig Erlam, a market analyst at OANDA, wrote in a note to clients.

Advancing issues outnumbered decliners on the NYSE for a 1.74-to-1 ratio, and for a 1.40-to-1 ratio on the Nasdaq.