Warren Buffett may use part of his annual letter to Berkshire Hathaway Inc (BRKa.N) shareholders, due on Saturday, to renew his optimism about America, at a time economic growth is on the upswing and U.S. stocks sit near record highs despite rising interest rates.

His enthusiasm is long-lived. In last year’s letter, he touted the country’s “economic dynamism” and “miraculous” achievements over its 240-year history. The year before, he called newborn American babies “the luckiest crop in history.” And in 2015, he panned the “preachers of pessimism” who “prattle endlessly about America’s problems.”

What of 2018? “Does Buffett have the guts to mention that we are in financial euphoria?” said Bill Smead, chief executive of Smead Capital Management Inc in Seattle, a Berkshire investor.

One area of focus may be the effort by Berkshire, Amazon.com Inc (AMZN.O) and JPMorgan Chase & Co (JPM.N) to develop a healthcare company aimed at fighting skyrocketing costs that Buffett calls a “hungry tapeworm” on the economy.

Berkshire will on Saturday also release year-end results expected to include a big jump in book value, a key gauge of growth at his Omaha, Nebraska-based conglomerate.

The letter will give Buffett a chance to extol Gregory Abel and Ajit Jain, promoted in January to oversee Berkshire’s more than 90 operating businesses including the BNSF railroad, Geico auto insurance and Dairy Queen ice cream.

This made them frontrunners to eventually succeed Buffett as chief executive officer. Buffett may discuss how stiff competition and recent steep hurricane losses may affect pricing for insurance and reinsurance, which Jain oversees. 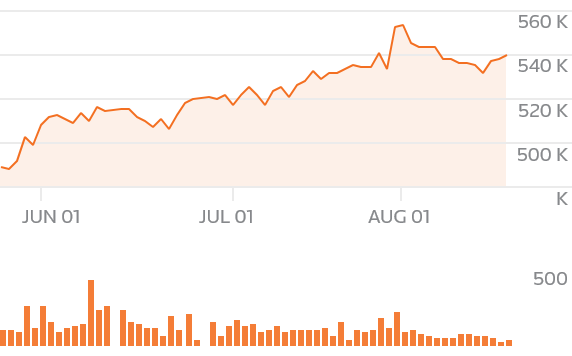 After Berkshire ended September with $109 billion of cash and equivalents, Buffett may renew his plea for companies with little debt, consistent earnings power and strong management, and which are looking for buyers, to call him.

Berkshire recently owned 9.8 percent of the bank, and Buffett may want to discuss Wells Fargo’s efforts to recover from recent scandals over how it treated customers.