Asian shares stepped back on Friday while the dollar ran into some profit-taking after a strong week of gains as financial markets turned their attention to looming U.S. payrolls data for fresh catalysts.

Investors were cautious after a largely weak performance on Wall Street overnight as some disappointing earnings reports offset strong economic data, while bond yields slid after a surprising slowdown in euro zone inflation.

The U.S. dollar weakened from a recent four-month peak against major currencies during a choppy session a day after the Federal Reserve ended a policy meeting with no change in rates and a less hawkish statement than investors had anticipated.

Disappointing U.S. company earnings, upbeat data on factory orders and the U.S. trade balance as well as the underwhelming eurozone inflation data made for a challenging trading environment.

MSCI’s broadest index of Asia-Pacific shares outside Japan .MIAPJ0000PUS was down 0.2 percent, and looked set to end the week marginally lower, while the dollar slipped 0.16 percent against the yen to 109.01.

Indonesian stocks led the declines, falling as much as 1.5 percent in early trading before recouping some of those losses.

Regional trading was relatively quieter as Japan was on holiday.

“The price action since the FOMC statement indicates a real division of opinion in markets over the US dollar outlook,” said Sean Callow, a strategist at Westpac.

The Fed’s reminder that its inflation target was symmetric was a clear negative for Treasury yields, and so the U.S. currency’s recovery was encouraging for dollar bulls, Callow said.

Yet the dollar had failed to breach key levels such as 110 versus the yen, $1.20 against the euro and $0.75 versus the Australian dollar, he added.

“A 13-month low in eurozone inflation should have been a big boost for the dollar index – it was not. The payrolls report may not resolve this market battle.”

The U.S. dollar had erased all its 2018 losses in the past two weeks on expectations the Fed will continue to raise rates, even as other major central banks around the world, including the European Central Bank, take longer to reduce stimulus.

The dollar index .DXY has risen about 1 percent so far this week and is on track for a third straight weekly gain.

The focus for markets will be on the U.S. jobs data due later in the global day, with the April report likely to underscore labor market strength. Non-farm payrolls probably increased by 192,000 jobs last month, according to a Reuters survey of economists, after rising only 103,000 in March.

But it will be the wages figure that could shift views on future Fed hikes, analysts said. 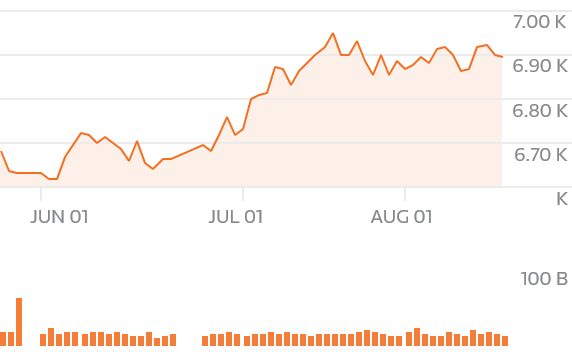 “A further pick-up in the pace of wage gains could be the ‘smoking gun’ for the Fed to express any shift away from ‘roughly balanced’ risks to inflation,” said Mizuho analyst Vishnu Varathan in a note.

“For now, we expect that reactions may still be subdued given that the runway of evidence remains short; and so the bearish UST and bullish USD trades may not be taking off aggressively just yet.”

Investors were also keeping a close watch on U.S.-China trade talks, though analysts said they had little confidence that the U.S. delegation in Beijing, led by Treasury Secretary Steven Mnuchin, will achieve any breakthrough on the tariff standoff between the world’s two biggest economies.

Chinese shares nudged lower, with the blue-chips off 0.2 percent and Shanghai’s SSE Composite down 0.1 percent.

Overnight, Argentina’s peso, which has been among the worst hit emerging market currencies during the past couple of months on rising U.S. yields, tumbled again to a record low.

The currency has been hit by a lack of investor confidence in Latin America’s No. 3 economy, which has been blighted by one of the world’s highest inflation rates.

Argentina’s central bank raised its benchmark interest rate by 300 basis points to 33.25 percent on Thursday, but the second steep rate increase in less than a week failed to stop the peso currency from plunging.

Gold was slightly higher. Spot gold was traded at $1313.4 per ounce.